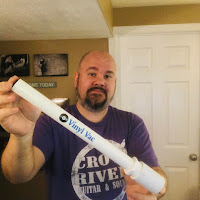 Cleaning your records is probably the most important thing you can do for the life and longevity of your collection.  It is also one of the most overlooked and under thought about parts of owning vinyl records.  Many people may not think there is a need to clean their records, but if they buy albums then they should be cleaning them.  I'm not talking about just used records either, I'm talking used albums, new albums, and albums you may have owned for years.  You would be amazed what a good cleaning can do for the sound and experience of a vinyl record. 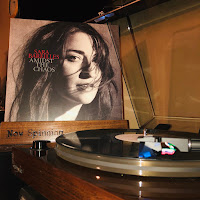 Vinyl Gear Review: My Journey to the Fluance RT85 Turntable 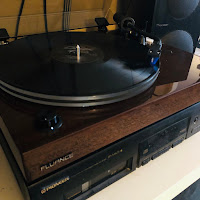 In mid-December of last year, I decided that I really wanted to upgrade my turntable from the Audio Technica AT-LP60 to something a bit more high end.  I set myself a budget of no more than $500 and began my quest to learn about the possible options.  I queried a Facebook group I belong too to get some opinions on different options in and around my price range.  I was given a myriad of makes and models to look into which excited me to no end.  When I decide on a big money purchase, and I am definitely calling this a big money purchase as $500 isn't chump change, I do a lot of research, read a lot of reviews, and weigh the pros and cons of all options I am interested in until I feel certain I know which one I am going to buy.

With a list of about fifteen different turntable recommendations, I began widdling it down based on features and brand reputation.  I weighed cost along with ease of use, input from trusted vinyl gear fanatics, and online reviews from both end-users and tech industry insiders.  My choices came down to five models:  U-Turn Orbit Special ($450), Pro-Ject Carbon Debut ($400), Fluance RT83 ($350), Fluance RT85 ($500), and the Audio Technica AT-LP120 ($250). 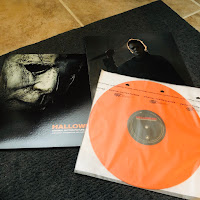 So you may be asking yourself, why are we looking at the Halloween soundtrack in March? We still have six months to go before Halloween season begins.  That's a great question, and the answer is simple... The music is amazing and should be played year round.  Also, I finally bought my copy last month, so I am a little late to the party.

Halloween is the soundtrack to the 2018 sequel of the original Halloween (1978) movie.  For more takes on that, head over to Timeout, Need More Popcorn and request the archived reviews of the whole franchise of movies I did with my buddy Jay on Continuous Play Podcast.  Today though, we are looking at the vinyl package that was released in October of 2018.

Read more »
Posted by Brian Bartholow at 8:00 AM No comments: 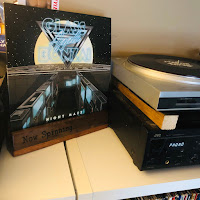 Before starting this blog, I want to send a word of thanks to Sofa King Vinyl for sending me two of their newest releases for review.  They have been a pleasure to deal with.  This is the second vinyl release from them that I will be reviewing and it comes from another band I was not currently aware of, but if you are a fan of 80s synth pop or Depeche Mode then this is definitely for you.

Today I am looking at the vinyl release of Glass Apple Bonzai's Night Maze.  The album was initially released digitally on May 1, 2015, and Sofa King Vinyl released it on wax in December of 2018.  Glass Apple Bonzai is based out of Toronto, Ontario, Canada and has been releasing music since 2014. 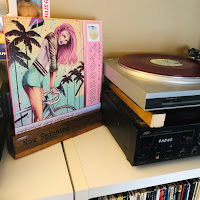 I have to admit until I received this album from Sofa King Vinyl, I had never heard of Opus Science Collective.  Synthwave or Vaporwave music isn't typically something I listen to.  It isn't because I don't like the genre, but I just don't typically think to look for music from that genre.  I was approached by Sofa King Vinyl about my willingness to listen to and give my thoughts on a couple of their releases.  After picking myself up off the floor, I graciously accepted.  Sofa King Vinyl was generous enough to send me two albums they recently put out to review.  I made sure not to listen to either album before the vinyl came so I had a clean slate to go off once it arrived.  So let's get into my thoughts on Opus Science Collective's Girls On Bikes from Sofa King Vinyl.

The Prince Estate has been pretty busy lately keeping the legacy of Prince alive and well. They recently put out three of Prince's 2000 era albums, Musicology, 3121 and Planet Earth. Check out my review of the album packaging and more below.

Posted by Brian's Vinyl Records at 3:54 PM No comments: